You need Flash to watch the video

In 2012, Europe’s foundations began to tremble, as the Eurozone’s sovereign-debt crisis, set in motion by the global financial and economic crisis that erupted in 2008, moved from the Eurozone’s periphery to its core countries. The EU’s resilience is being called into question at a time of profound geopolitical transformation, in which a stronger Europe is essential. So the strategic challenges facing the EU are vast. To meet them, it must first restore its international credibility and made some deep changes in questions like welfare state, labour market, fiscal policy. If we want the EU to emerge strengthened from the crisis, it must also strike a better balance between austerity and pro-growth policies, because, without growth and higher employment, the Eurozone’s problems cannot be resolved. 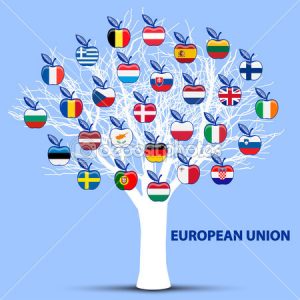 Young Europeans face comprehensive problems such as climate change, the economic crisis or demographic change. The Member states of the European Union are more interconnected than ever, also due to the multiple political, economic and social challenges which have created dependencies and can only be tackled successfully by working together. However, this implies that more and more decisions are made as a necessity by governments and citizens are excluded from decision-making. The public is aware of the fact that established democratic procedures are no longer adequate and instead demand more involvement and more opportunities for political participation.
• What are the causes of these enormous challenges in Europe?
• Who exactly is affected?
• Who should solve the problem and who should agree to the solution?

Above all, how can the problem are permanently solved?

There is no doubt the relationship between global economic and financial crisis has been a profound impact on the European Union and the euro area member states’ economies. The public debt crisis that followed exposed structural weaknesses in some European economies, such as unsustainable levels of public or private debt or declining competitiveness and revealed systematic shortcomings in the architecture of the economic and monetary union itself. In response, national governments and the European institutions must take a wide range of measures to safeguard the euro area’s financial stability and strengthen the institutional architecture of the euro area and of the EU as a whole.
We also had considered the risk of asymmetric territorial impact of some EU policies. It is obvious. Only experts familiar with the issue can assess the risk of such asymmetric impacts and whether this merits assessment of territorial impacts. Some policies will be relevant everywhere, but more so in some EU regions or areas than in others. For example, the reduction of poverty and social exclusion is a Europe 2020 objective, but it is particular relevant in areas with high levels of poverty or exclusion. A short number of questions can help to assess the potential of an asymmetric territorial impact.

The design of Horizon 2020 strategy reveals the transcendence to speak to new generations and explain to oldest people all these changes.
We consider that EUFICH  will equip students and young professionals with knowledge of European Union in subjects relevant for their academic and professional lives and deal with EU subjects more in-depth with relevant topics about EU. Our project has been designed in order to incorporate not only an economic view also normative and professional.

What is the aim of Jean Monnet Activities?

Jean Monnet Activities are designed to promote excellence in teaching and research in the field of European Union studies worldwide. The activities also foster the dialogue between the academic world and policy-makers, in particular with the aim of enhancing governance of EU policies.

European Union studies comprise the study of Europe in its entirety with particular emphasis on the European integration process in both its internal and external aspects. The discipline also covers the role of the EU in a globalised world and in promoting an active European citizenship and dialogue between people and cultures.

What types of activities are supported?

Key activities include courses, research, conferences, networking activities, and publications in the field of EU studies.

What are the outcomes foreseen?

For participants directly or indirectly:

• enhanced employability and improved career prospects for young graduates, by including or reinforcing a European dimension in their studies;
• increased interest in understanding and participating in the European Union, leading to a more active citizenship;
• support for young researcher (i.e. who have obtained a PhD degree in the last five years) and professors who want to carry out research and teaching on EU subjects;
• increased opportuntities for academic staff in terms of professionals and career development.

• increased capacity to teach and research on EU matters;
• increased allocation of financial resources to teaching and research on EU subjects within the institution;
• more modern, dynamic, committed and professional environment inside the organisation; ready to integrate good practices and new EU subjects into didactic programmes and initiatives, open to synergies with other organisations. 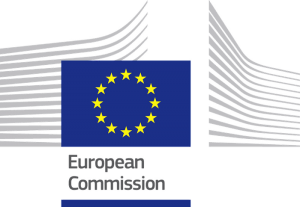 You can follow all the news and information joining us on social networks: