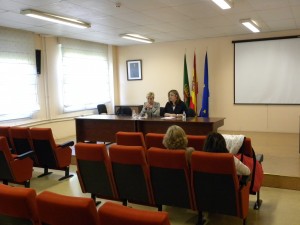 Preserving the Security is one the main concerns in the European Union. Today, 29th of May 2015, Ms. María Marcos Salvador, Police Superintendent in the Province of León, has explained all the efforts that are being made to protect the citizens around the European Union and to fight against the Organised crime, ilegal inmigration, terrorism and all kind of globalised crime. The police cooperation among the Member States is the principal source of power to successfuly defend the European territory and it has been improved along the European creation and intregation process (Schengen agreement, Schengen Information System, Prüm Treaty…) enabling mechanisms to share information and to prevent the security together (Europol, Sirene, SIS…)

Ms. María Marcos Salvador has a succesful carreer and has gained a lot of expertise in all the responsability positions she has carried brilliantly. She has worked for the General Judicial Police Commision, the Security Secretary of State, Consultant Committee of the General Director of Police among others. 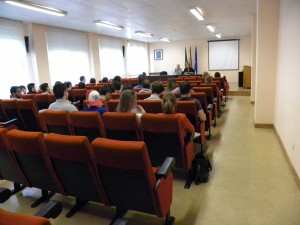